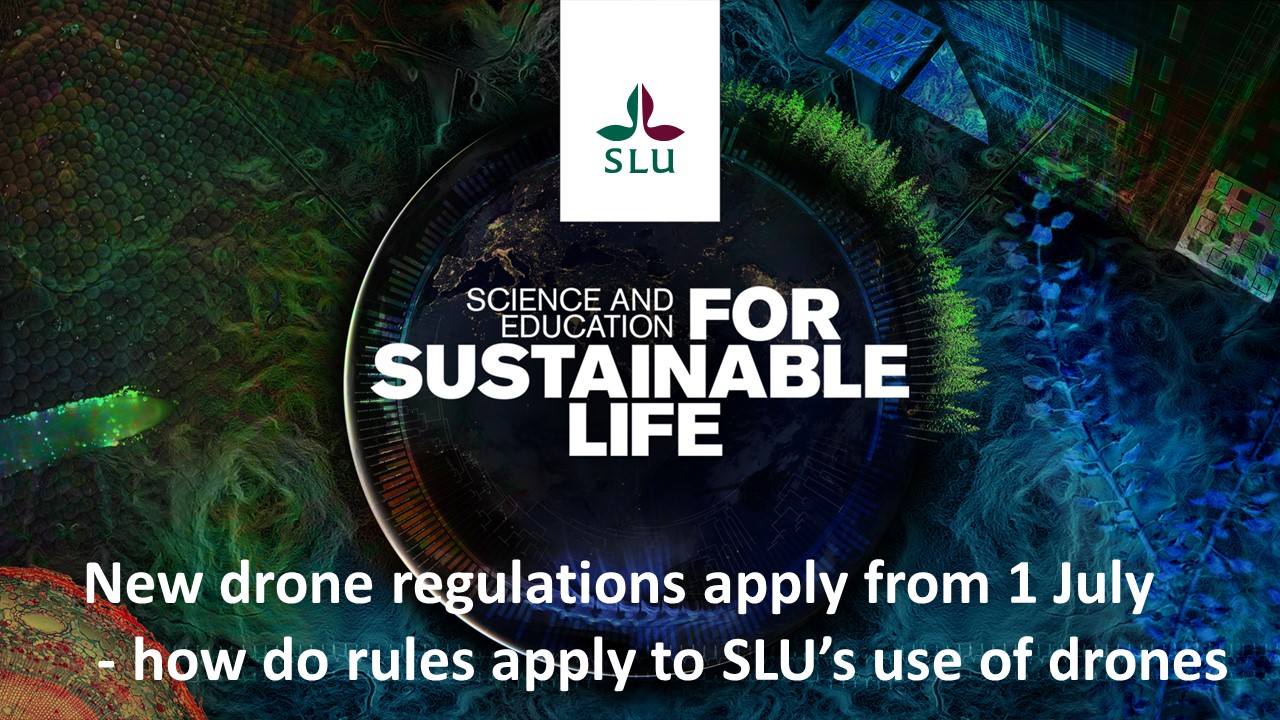 From the 1st of July there will be new regulations for operating drones in the air space. The regulations will be the same within EU. In order to inform the drone users within the university and to discuss how we should implement the new regulations in the organisation we had a internal seminar, however the information could be of interest to others so we published video of the seminar here.

A pdf of the presentation can be downloaded here: 200529 New drone regulations seminar

As part of a Design-Build-Test course, five engineering students are building a albedometer sensor system for the new drone in the Lab. The albedometer will consist of two MS-80U pyranometers from EKO instruments and a lidar unit (LIDAR Lite v3) from Garmin. 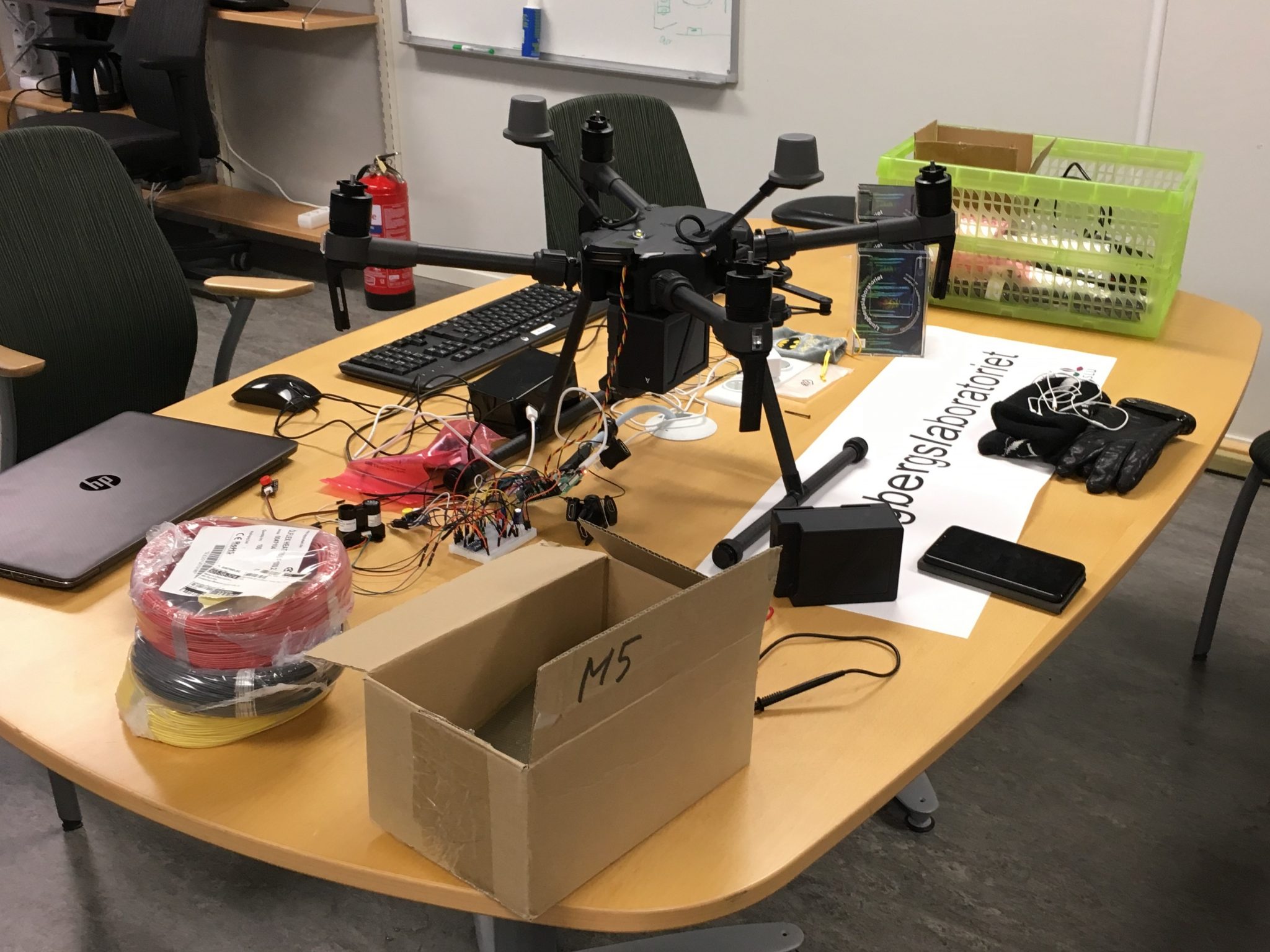 Albedometers are mostly used to measure the reflectance of earths surface, using two pyranometers: one facing up towards the sky and one facing down towards the surface. From the ratio of incoming and reflecting radiation the albedo can be calculated. Albedo is often used in different climate models but is usually measured using a fixed sensor or a mobile sensor attached on a pole carried over the surface of interest. With a drone borne albedometer we can collect data over forests and other vegetation types without walking in it and also cover larger areas.

The project will be finished in mid January 2020. 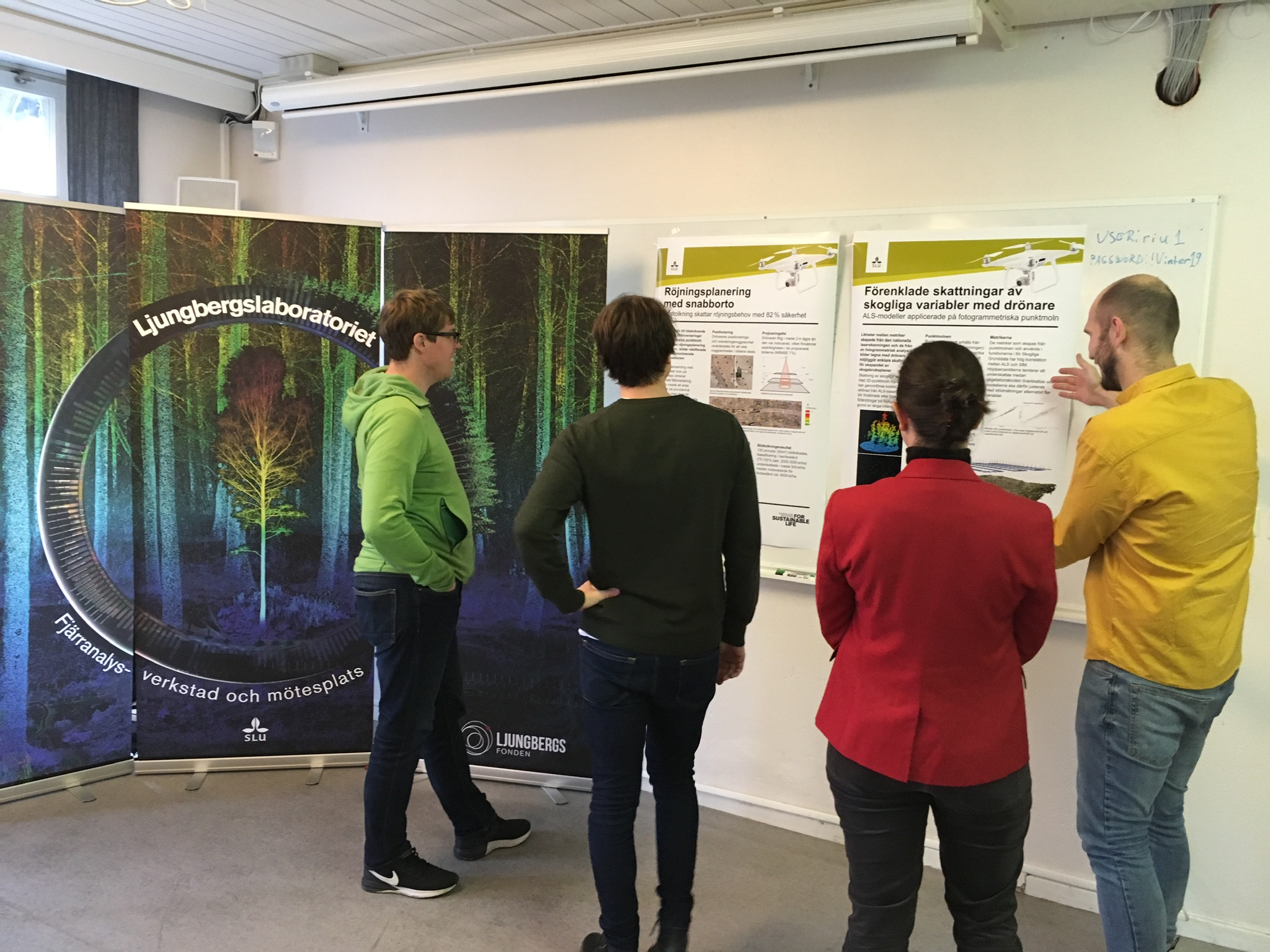 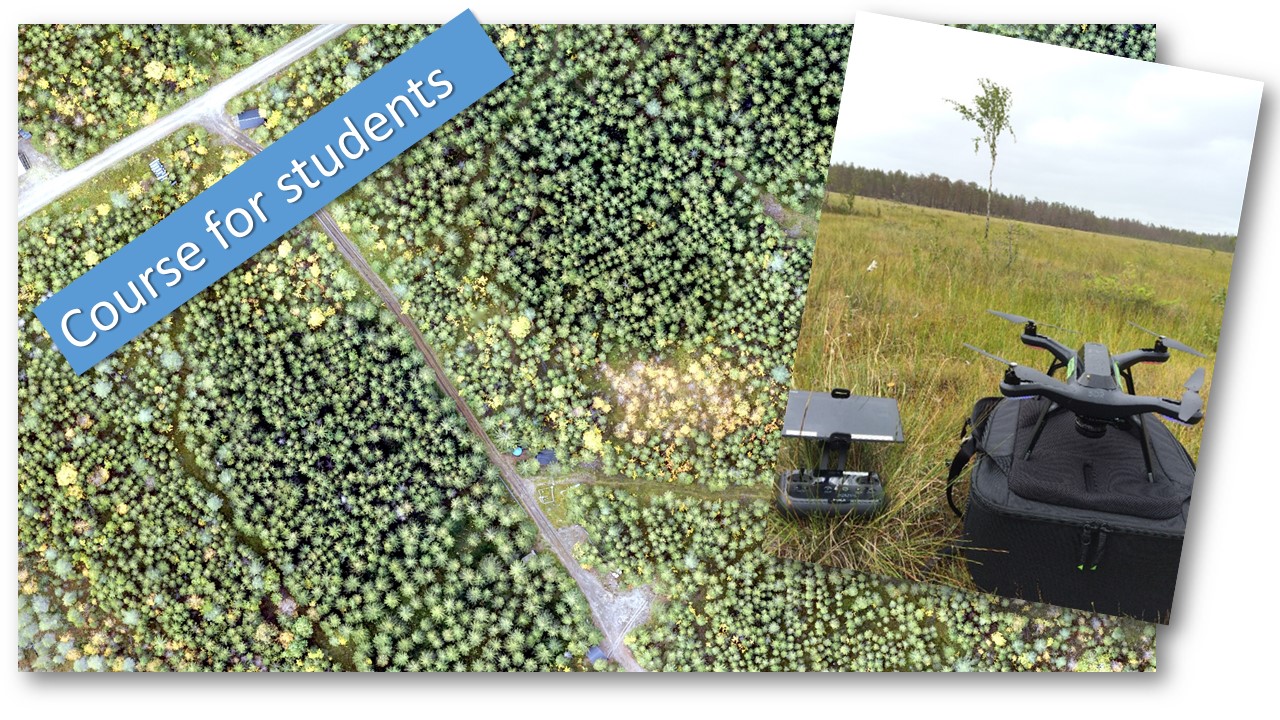 Now we continue with the second half of the course. The first part gave an overview of drone systems and regulations as well as drone flying and flight planning. Now we continue with processing collected images to geographic data, e.i. ortho images and 3D point clouds and then how those products can be transformed into forest data and the current use in forestry.

Wednesday 26th of September, 13 – 16 pm. Estimation of forest variables and use of drone in forestry.

Applications to the course should be sent to jonas.bohlin@slu.se latest on September 18th. The amount of students on the course is limited and students how have taken the first part have priority.

The course aim is to provide students with knowledge how to conduct drone based image acquisition and forest inventory. An introduction will be given on drone systems and regulations as well as practical knowledge on how to operate drones to acquire images for mapping.  The first part will focus on getting the images. The second part of the course, in the autumn, will be on data processing to get ortho-mosaics, 3D models and extract forest information.

Wednesday 23th of May, 13 – 16 p.m. Drone and camera systems and regulations. In the Ljungberg lab.

Applications to the course should be sent to jonas.bohlin@slu.se latest on May 21st. The amount of students on the course is limited. 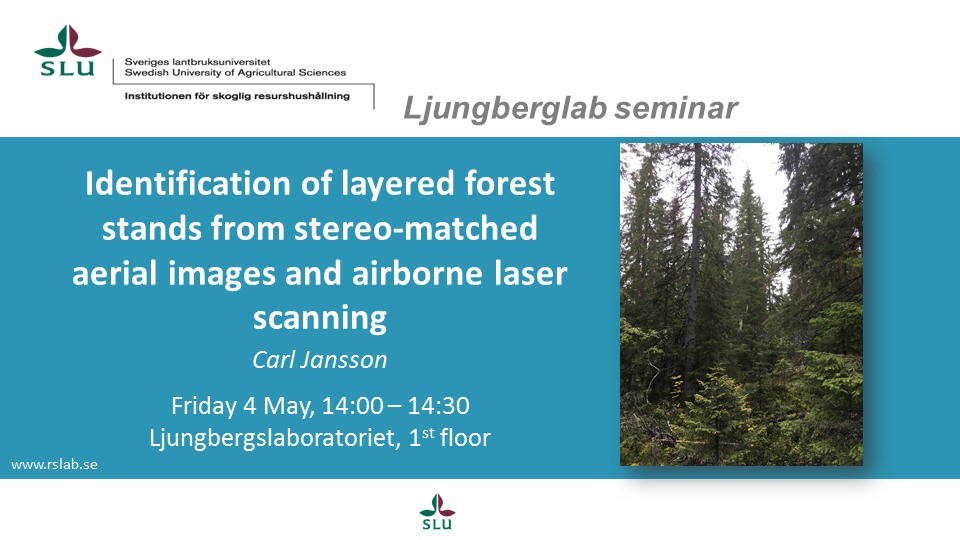 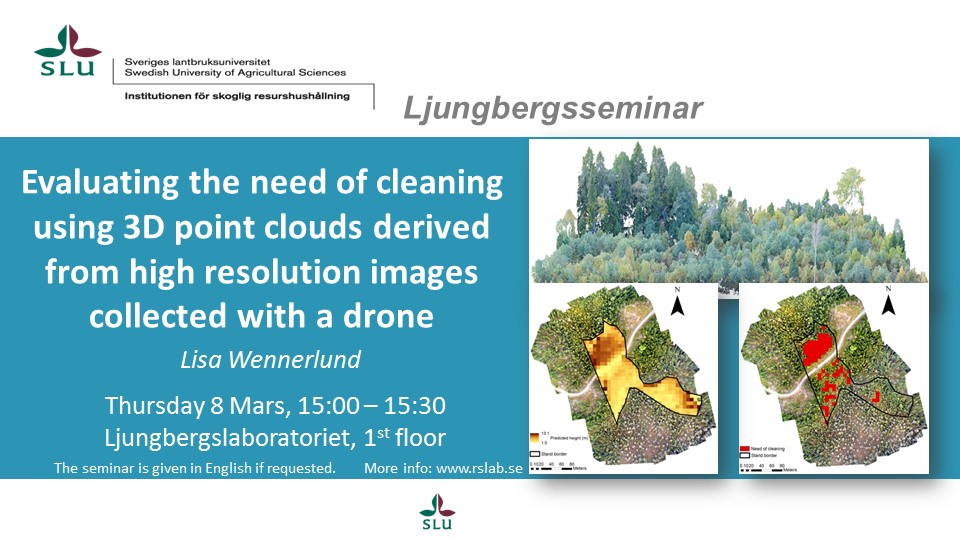 On Thursday the 8th of March at 15.00 in Ljungberglabbet. 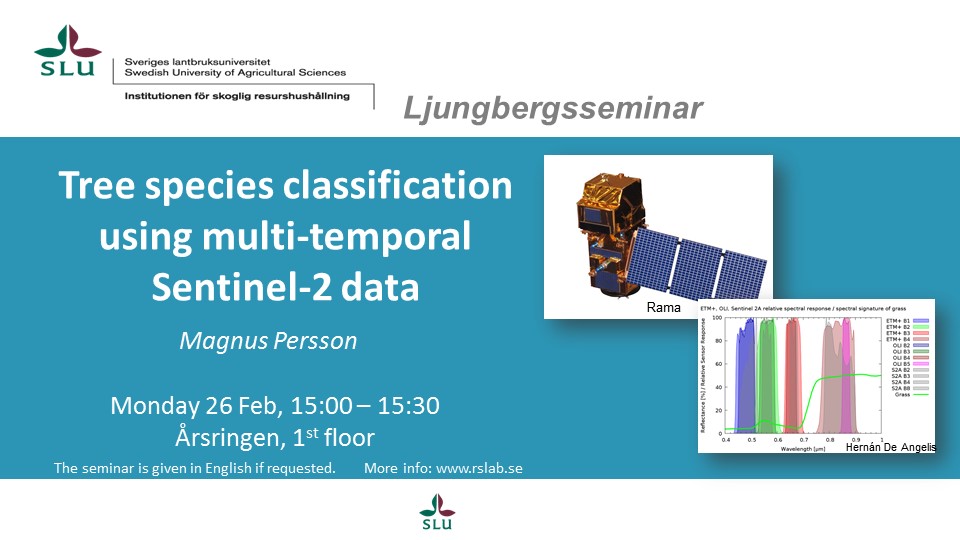 This year we have had four students doing master thesis work in the Ljungberglab, so more interesting presentations will follow. 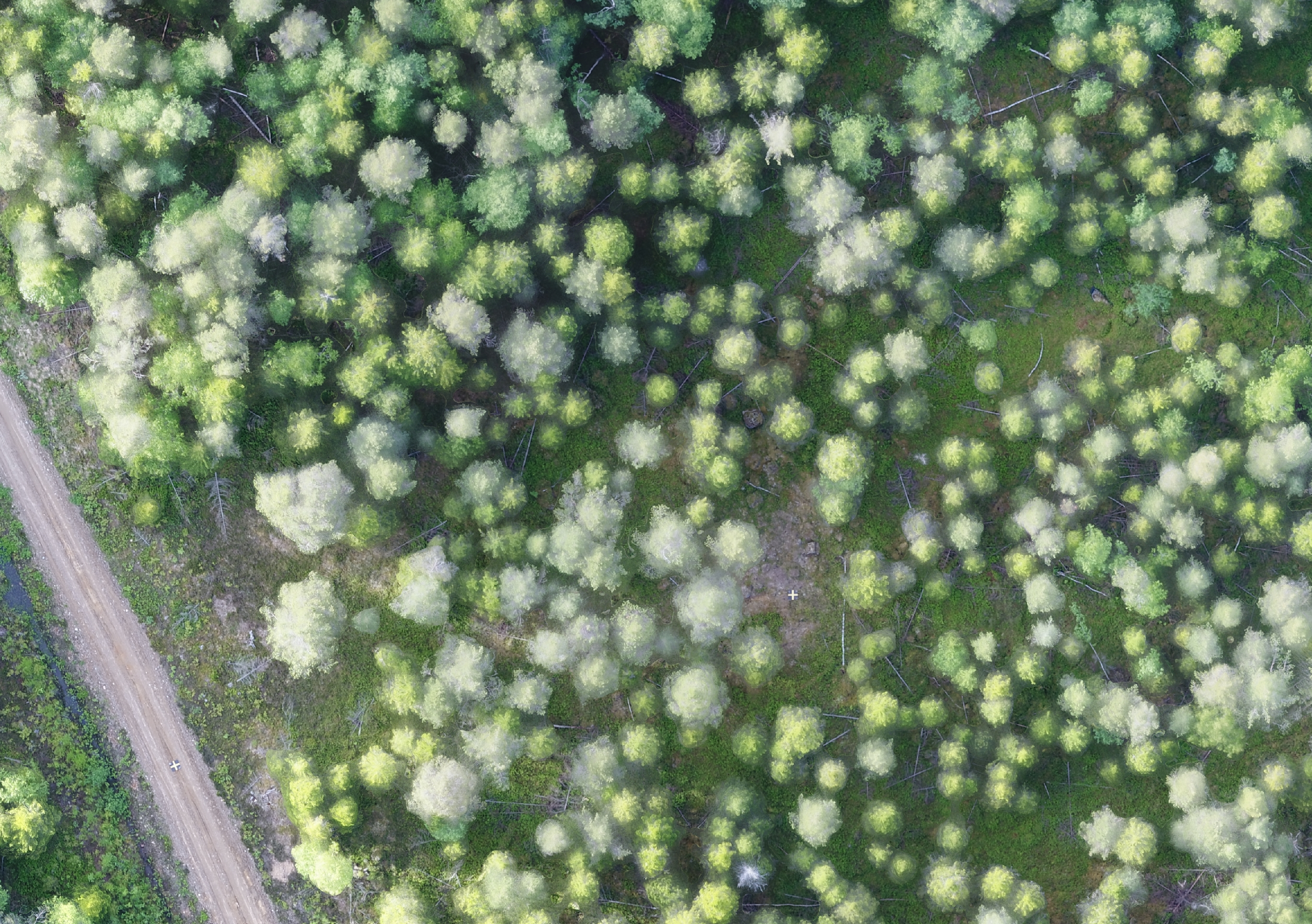 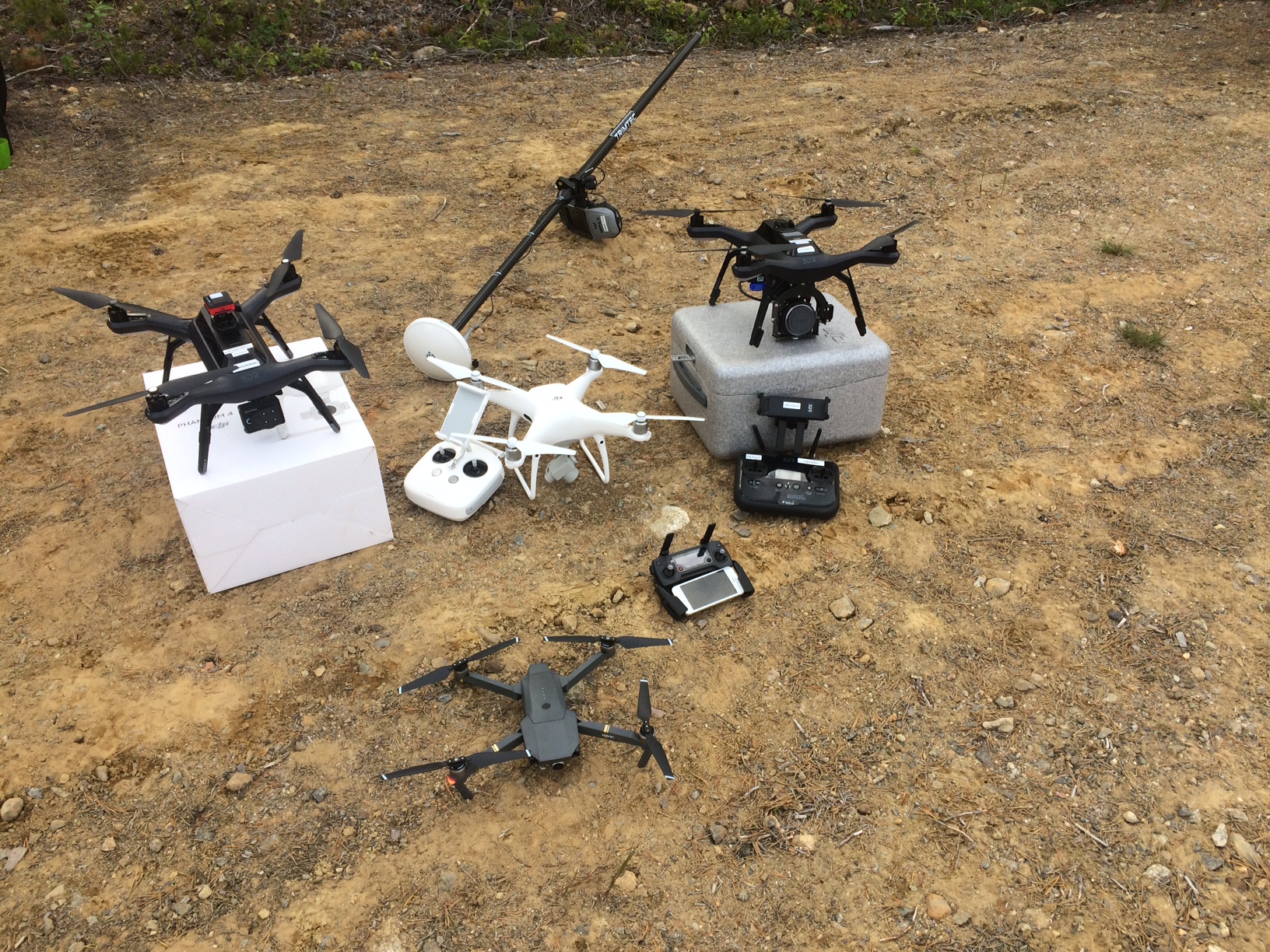