This is a project conducted in the autumn 2016 by seven students from Umeå University. The students presented their work in January 2017. The task was to build an vision aided inertial navigation system that can be used with poor GNSS connectivity. The students both assembled the system and wrote the code needed to extract the position in 3D.

Here is a preview of their work from a Ljungbergsseminar on the 10th of November.

Here is the final report of the project.

These photos were taken at some field tests at the campus (November 2016): 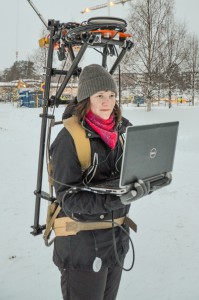 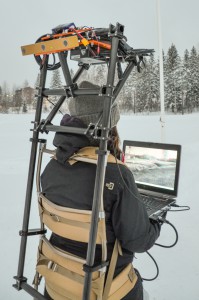 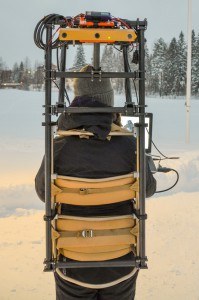